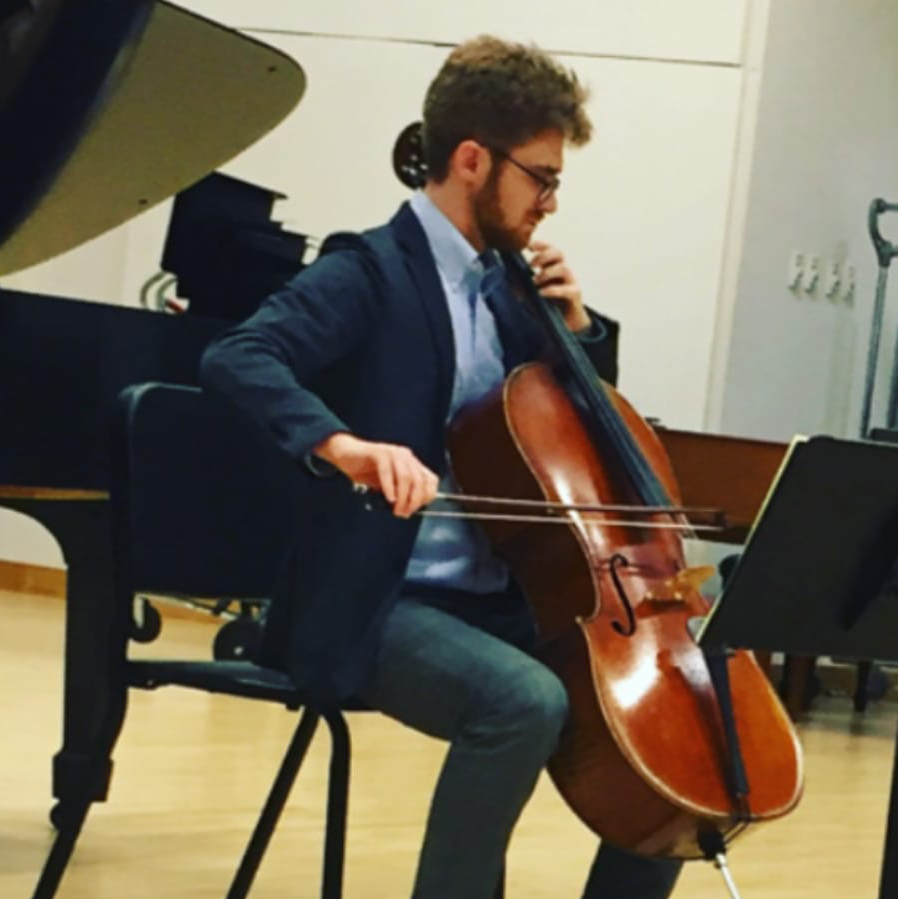 Cellist Alexander Ullman teaches and performs chamber music with tremendous voracity and has enjoyed being a member of the Boston String Academy faculty since 2017. Mr. Ullman is also interested in improving music education for youth. From 2014-2015 he conducted research on the coaching of chamber music and its feasibility in public school settings. The results of that study are available for reading in the Carolina Digital Repository.

As an active performer, Alexander regularly gives solo recitals and performs with orchestra when time allows. As winner of both the University of North Carolina at Chapel Hill Symphony Orchestra and the Raleigh Festival Orchestra’s concerto competition , he was invited to perform Antonin Dvorak’s Cello Concerto in B minor under the baton of Maestros Tonu Kalam and Robert Garbarz. He co-founded “A” String Quartet, both the UNC and Boston Conservatory String Sextets, and a Duo with collaborator Jesus Saenz, ensembles that have concertized across the East Coast. As a participant of the Wintergreen Music Festival, Alexander also won the Leonard Rose Scholarship.

Mr. Ullman loves teaching cello students of all ages and abilities. With a focus on the importance of thoughtful practice and performance on the cello, Mr. Ullman helps students cultivate their musicality and artistry along with critical thinking skills and technical prowess. His teaching philosophy places a strong emphasis on mindfulness, which results in superb technical development and empowers students to make their musical mark on every work they perform. He encourages all students to engage in music making beyond the practice room and to share the gifts they have through performance.

Alexander received his Master of Music in Cello Performance from The Boston Conservatory where he studied with Rhonda Rider. He earned his Bachelor of Music under the tutelage of Brent Wissick at UNC Chapel Hill, where he studied Baroque cello performance in addition to his modern playing. He is pursuing certification in The Colourstrings Method, focused on developing instrumental fluidity and musical listening skills simultaneously. Currently Alexander is a Music Educator and Teaching Artist Fellow with the Massachusetts Cultural Council.