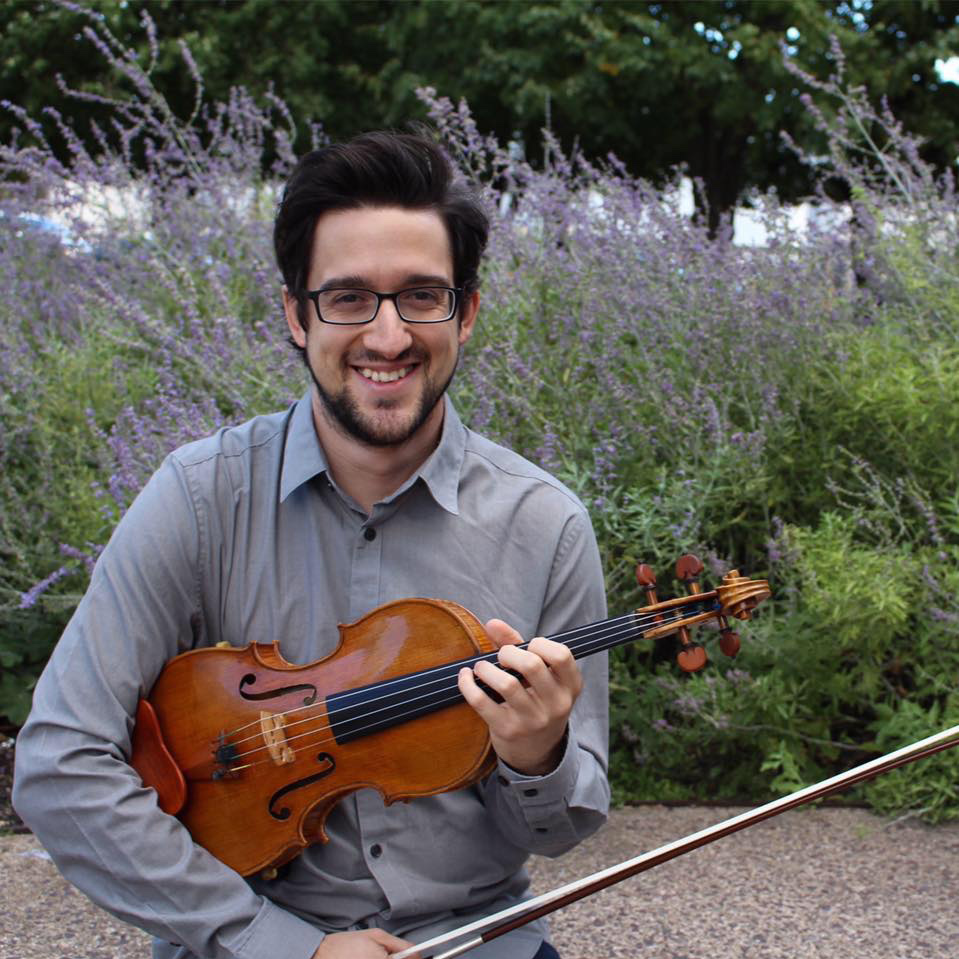 A native of St. Louis Missouri, Tony recently relocated to Boston after completing his Masters of Music in performance at the University of Missouri-Columbia. Tony held an assistantship in the MU Graduate String Quartet, served as concertmaster of the MU philharmonic, and served leadership roles in the Columbia Civic Orchestra. He has performed as soloist with the St. Louis Symphony Orchestra for a Young People’s Concert, as the winner of the Emerging Artists competition, with the University of Maryville, and with Webster University as winner of their annual concerto competition. Tony recently performed as soloist with the MU Chamber Soloists in a multi-media presentation of Vivaldi’s Four Seasons under the baton of Brazilian Guest Artist Evgeni Ratchev. Tony has been recipient of the Allen Carl Larson Endowed Scholarship at Webster University, The Catherine and Rogers Whitemore String Award, the Leah L. Emmons Orchestral Award, and winner of the prestigious Zoltan Szekely Performance Award at the University of Missouri. Currently, Tony performs with the Boston Civic Symphony, the Cape Anne Symphony, the Missouri Symphony, and the Du Bois Orchestra at Harvard-sitting concertmaster. In addition to performing, Tony also spends many hours teaching privately and with the Boston String Academy. Tony has had the privilege to perform in masterclasses for musicians such as; Ray Chen, Sherry Kloss, Mimi Zweig, Donald Weilerstein, Paul Bliss, Julie Rosenfeld, the Philharmonia Quartet Berlin, and David Halen. Tony has studied privately with Lucy Kaymakanova, Amy Oshiro, David Gillham, and Eva Szekely.