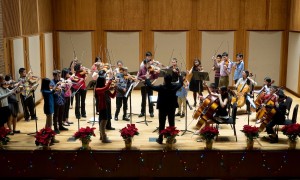 Our premier String Orchestra Program has been serving this community since the Fall of 2011. The program serves two populations of students: k1-6th grade, who meet five days a week before school; and middle school and high school students who meet Tuesdays and Thursdays after school. Students receive group instruction which includes instrument sectionals and string orchestra rehearsals, weekly individual lessons, and rehearsals with piano accompaniment. Our current student population ranges from ages four to eighteen years old.

Our unique approach nurtures every child’s potential guiding them to reach their highest levels of musical excellence. Students have the opportunity to perform in solo recitals, small ensembles and orchestra concerts at different venues in the Boston area throughout the year. The high musical standards the program sets have lead to numerous accomplishments, including the invitation of a number of our most advanced students for two consecutive years to attend the National Take a Stand Festival organized by Los Angeles Philharmonic Orchestra. Last year students were conducted by Leon Botstein, and this summer they will perform under Gustavo Dudamel at Walt Disney Concert Hall in Los Angeles, CA. Students have been participating since 2013 at Longy’s Sistema Side by Side Series, an orchestra that brings together students form across Massachusetts. Collaborative performances include Boston Conservatory Symphony Orchestra and Hemenway Strings; and next summer with the Landmarks Orchestra at the Hatch Shell in Boston. At the same time, BSA students have had the opportunity to perform in masterclasses and concerts for acclaimed artists including Sir Simon Rattle, Berlin Philharmonic artistic director.

The Boston String Academy offers students the opportunity to attend high quality professional performances in the Boston area, such as those given by the Boston Symphony, the Boston Philharmonic, Celebrity Series at Symphony Hall, and other important organizations in area, as well as Berliner Philharmoniker’s EXPLORE CLASSICAL MUSIC, a program that offers access to hundreds of performances through their Digital Concert Hall! 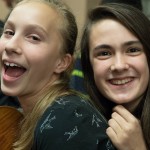 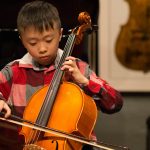 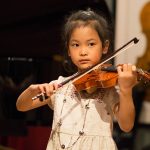 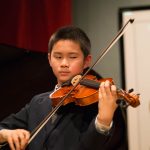